Picking the right firewood to burn in your fireplace or woodstove is complicated. Put simply, the best wood to use is seasoned firewood. If it’s seasoned, then you have wood with the ideal moisture content, which is anywhere between 15%-25%. I’ve talked to a lot of people who believe that just leaving your wood out for a long time is sufficient for seasoning firewood.

But seasoning firewood is a lot more complicated than that.

That’s a long time to wait to use the wood you’re seasoning. But you want to make sure that you are choosing dry wood (not too dry though!). If not, then you’re creating a breeding ground for creosote to develop in your chimney. While creosote is a natural byproduct of burning wood, an excessive amount means your chimney is an accident waiting to happen since creosote is highly flammable. Excessive creosote is one of the primary contributing causes of house fires each year.

So seasoned firewood with the appropriate moisture content is where you need to start in picking your firewood. Next, you can get into the different species of trees that make the best firewood. 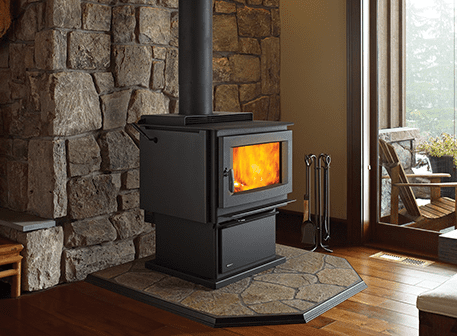 Why Does it Matter?

Just like before, picking the type of tree to burn is more complicated than you might think. What you burn in your wood stove or fireplace is absolutely critical to your stove’s performance and it’s longevity. So whether you’re seasoning your own wood or you have some delivered, you need to know about the different species and what to look for.

efore we get too far into it, let’s get something out of the way – jargon. If you’re going to understand fully what you need to look for, then you should understand fully how to speak the language of the woods.

All wood burns. But they don’t all burn the same. Some burn hotter, faster, cleaner, while others smoke, and have sap and oils that clog your chimney with creosote quickly. You should first choose firewood that burns hot, steady, and produces more heat. For that reason, it’s usually better to burn hardwoods, like oak or hickory, rather than softwoods like pine or cedar.

I like to recommend hardwoods like maple, oak, apple, and ash since they will give you a hotter fire and a longer burn time. These woods have the least pitch and sap and are much cleaner to handle. The worst part about hardwood, though, is that it’s a lot more expensive.

Softwood is cheap compared to hardwood. Softwoods burn really fast and can be pretty messy to handle. Plus, they cause a lot more smoke and more creosote deposits to build up inside your chimney.

Assuming that you use your fireplace all the time, burning when the temperatures are below 55 degrees, in Roanoke, you can expect to burn about 530 gallons of heating fuel per year! Most people don’t burn that much and can probably get away with about 275 gallons of heating fuel per year since that’s what the average size of a home fuel tank is. And that lasts a year.

Beech – Beech trees are pretty common in the Northeastern United States. The wood is dense and burns hot and clean without a lot of sparks.

Yellow Birch – Yellow birch is identified by its silver-yellow smooth bark. The yellow birch is a hard, strong, dense wood that is used a lot in furniture making. The density helps make it a great choice for firewood.

Hickory – Hickory is one of the top choices and considered the best choice for firewood. It’s dense and hard to split. But because of its density, hickory burns hot and stays burning for a long time. It requires about a year to season properly. 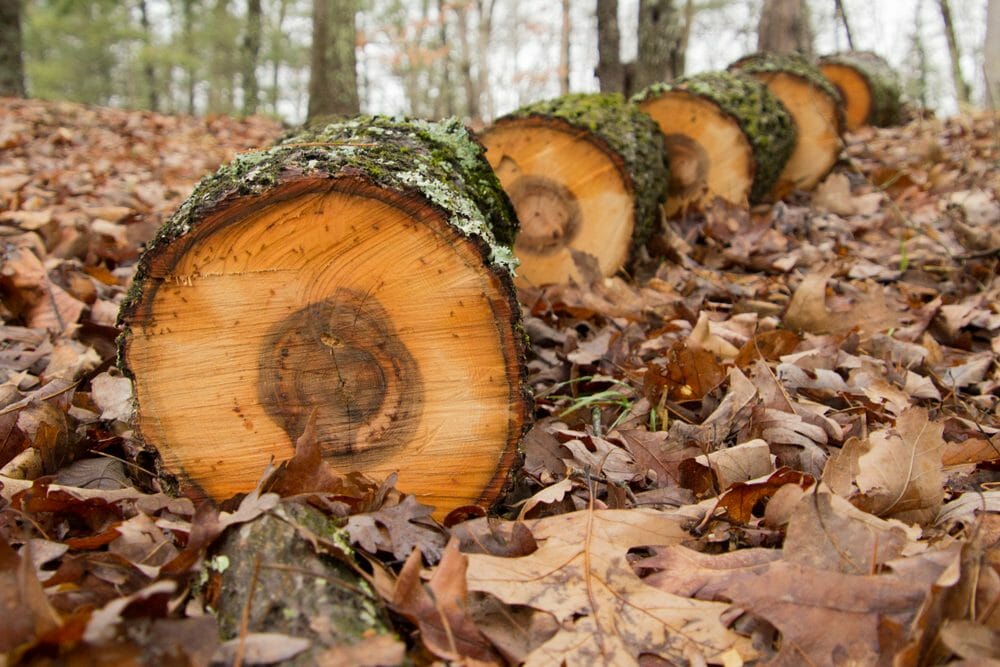 Red Oak – Oak is very popular and red oak is commonly found throughout the eastern seaboard of the United States. They are used a lot in railroad ties, cabinets, floors, or even caskets. As firewood, it is very dense and burns hot and long like many other hardwoods.

White Ash – Some argue that ash is the best firewood to burn during the winter. It has a low initial moisture content, just slightly above that of seasoned ash. If you’re running low on firewood, this may be a great option for you. The wood supplies good heat and splits extremely well.

White Birch – White birch has white, thin bark with thin horizontal stripes. The bark is actually waterproof and has been used a lot in making canoes and bowls. The bark holds in the moisture, though, and makes it difficult to season. It’s important to split white birch into small sections to give the wood plenty of time to dry. White birch is a great fire starter, but you do need to make sure that the moisture content is at appropriate levels.

Douglas Fir – Douglas fir is definitely one of the most popular softwoods to burn. Everyone would love to burn oak or maple or some other hardwoods, but it’s not exactly easy to find if the tree isn’t native to your area. Douglas fir produces decent heat and splits easily.

American Elm – Elm provides decent heat, but I’ll get out in front and say that it’s a pain to split. The wood is very stringy and the fibers hold the wood together as the maul goes through. The wood is heavy and produces a pretty decent heat. 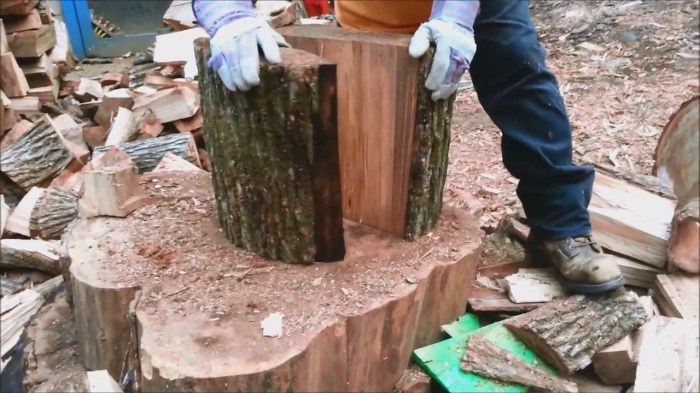 Cedar – Cedar firewood is great for kindling. It is a superior wood for starting a fire. When you think of a cedar tree, you might think of its smell. It smells pretty good. That smell comes from the oil that’s found on the inside of the tree. Cedar splits really easy, even when it’s green. Cedar burns quick and hot, but also pops and sparks so it could be a fire hazard if you don’t have a screen or a glass door.

Cottonwood – A lot of people think that cottonwood makes a poor firewood choice. Cottonwood trees are categorized as hardwood, but are relatively soft and not very dense. Because of this, it doesn’t produce very high BTUs. It also smells funny when it’s burning.

Hemlock – It’s not the most popular choice, but it can be a great wood to burn when it’s not too cold outside, like in fall and spring. Hemlock is a softwood and like any other softwood, it’s not as popular as the hardwoods. The wood dries pretty quickly and it’s not as sappy as you might think with it being a member of the pine family. It burns hot, smells good and crackles and pops.

Pine – People hate pine. But it’s not too bad depending on what you want to use it for. Pine is a softwood and is very sappy and full of resin. This contributes to an excessive amount of creosote buildup that you want to avoid. The best way to use pine is as kindling to start a fire. It’s easy to light and burns quickly and smells fantastic.

You may have seen the Patriot Chimney Firewood Rating listed under each of the firewoods listed above. That’s a firewood rating that I created so that I can rank each of the firewoods that are very popular in the United States. The purpose of creating a ranking is to take all of the emotions and opinions out of the debate for the best firewood. It’s also to see what the best firewood to use in Roanoke, Lynchburg, and Blacksburg would be.

I took a look at each type of wood and made a note of each of the following factors:

How weird is that? I honestly thought that pine would’ve been in last place. I don’t like burning it and no one thinks that it should even be allowed to be burned inside the house. But that’s what happens when you build a ranking system and score it. You’ll get surprises like this.

What do you think? What’s your favorite wood to burn in this list and how did it rank? Leave a comment below to let me know!