Anatomy of a Dryer Fire

Clothes dryer fires have become increasingly common in recent years, with over 15,000 yearly incidents on average, and they have caused damage that has resulted in losses amounting to millions of dollars.

Apart from fires, certain gas dryers also run the risk of releasing copious amounts of carbon monoxide (CO) into the atmosphere. In confined spaces in your home, CO buildup can lead to poisoning.

The twin threats of fire and CO poisoning have prompted many people to become informed regarding dryer fires. Read on to know all the ways in which dryer fires can manifest and what you can do to keep them at bay for the sake of your and your family’s safety.

But before we talk about what causes dryer fires to occur, let’s first understand how dryers work. 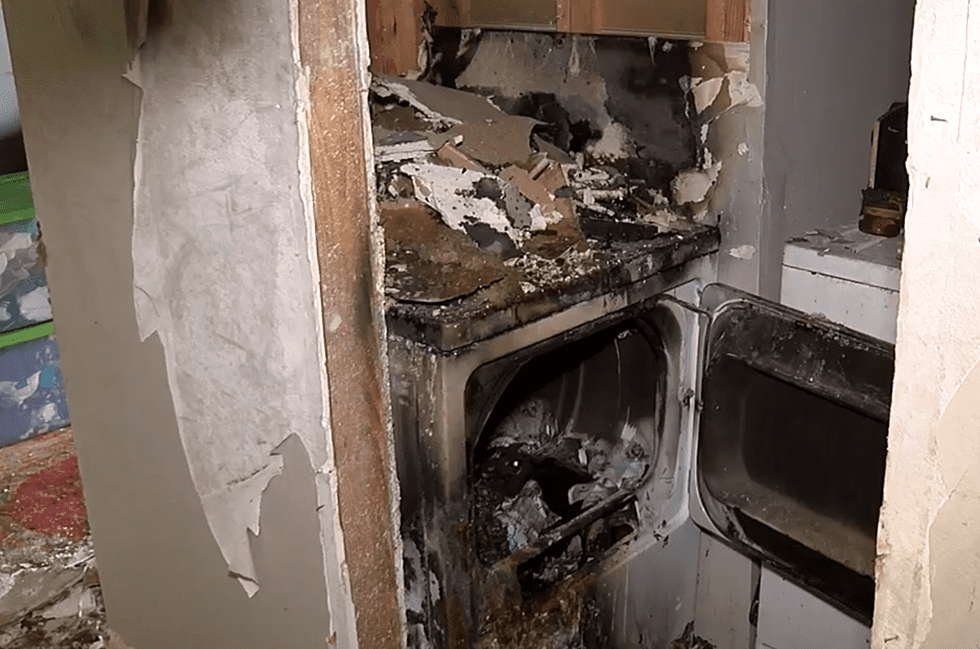 Dryer Fires: What Sparks them?

Clothes dryers work through a combination of three actions: the production of heat, the circulation of air, and motion.

Let’s take a look at all these three actions in isolation and how they combine to make air dryers work. 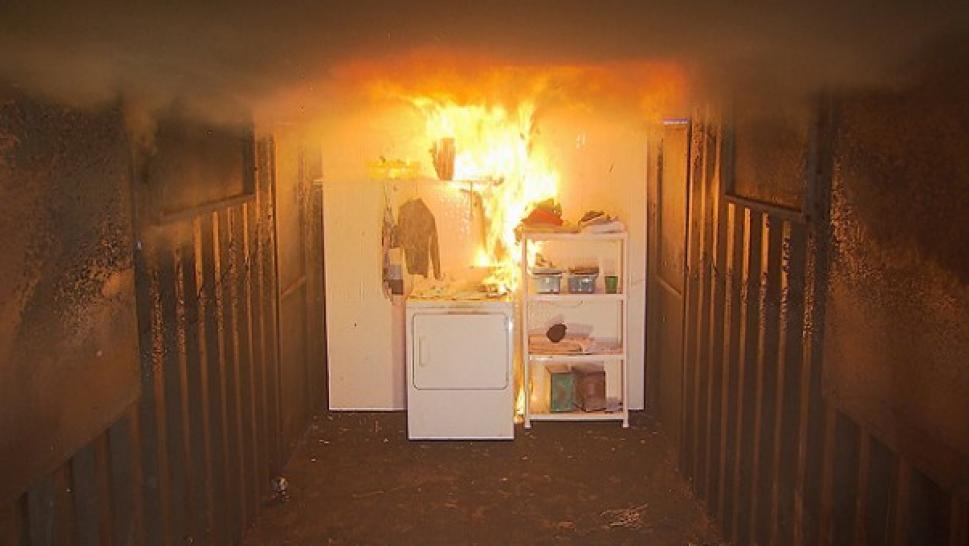 How much heat is generated in clothes dryers to dry the clothes is determined by thermal fuses and thermostats, which work as temperature regulators. Often, dryer fires are caused due to the failure of these fail-safe components.

During the drying cycle, moisture-laden fresh air is drawn in and pushed through the lint screen and into a duct that vents to the exterior of your home. The venting system should function at its optimum to maintain drying efficiency, failing which there would be airflow problems.

The dryer drum is made to turn by an electric-powered pulley system. Problems in the dryer drum’s movement may get in the way of optimum airflow, reducing drying efficiency.

Dryer Fires: What Sparks them?

Three main elements are responsible for causing dryer fires. While one of them is not under human control, the two others are.

Let’s take a detailed look at them: 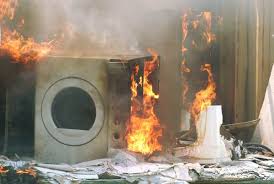 No fire can blow out of proportion if there’s a shortage of combustible material, and the material that is responsible for almost all dryer fires is lint.

As dryers circulate heated air within the moving dryer drums, small accumulations of textile fibers or lint get caught in the lint filter.

As this lint builds up within the filter, the risk of a dryer fire continues to increase, as lint is a highly combustible material.

For the combustible material to run a fiery riot inside the dryer, there needs to be a spark/ignition, and this is likely to be triggered by a faulty heating element.

If the lint build-up inside the dryer is significant, all it needs to turn into a big fire is a small spark from the faulty heating element.

Oxygen is the element that is beyond human control, but it is also the one that is responsible for a rapidly-spreading fire.

While controlling the oxygen is not within our powers, we can keep a dryer well-maintained to avoid lint build-up inside the lint filter and vents, and a fully-functioning heating element.

Dryer fires typically don’t happen out of the blue.

The risk of a dryer fire tends to build up slowly and steadily over time, and it’s up to you to look for warning signs that indicate a potential dryer fire hazard.

Here are some of the telltale dryer fire warning signs to look out for: 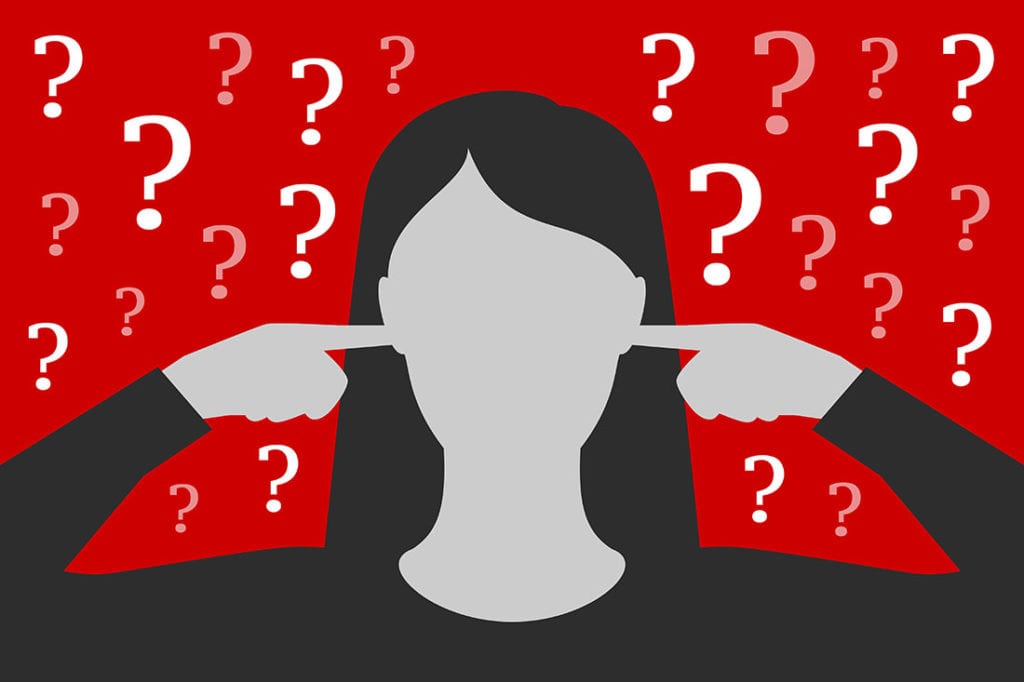 Clothes Taking too Long to Dry

Faults in the dryer drum or one of its components may hamper its movement, resulting in clothes taking far more time to dry than usual.

However, more often than not, second drying cycles are required when there is too much lint trapped within the dryer.

However, as more and more lint accumulates, there is an ever-growing risk of a dryer fire breaking out.

After a drying cycle, it’s normal to find the dried clothes feeling warm as you take them out one after the other.

However, if they’re too hot to handle, there may be a dryer fire brewing.

If you have to give your clothes some time to cool down after a drying cycle is done and dusted, you should be concerned.

Flickering lights and sparks during plugging in and out

If the lights present on your clothes dryer start flickering, it may indicate an electrical issue inside the dryer, and an unstable dryer is very much at risk of starting a fire.

Electrical disturbances present in your home (and not your drier) can also trigger dryer fires, albeit rarely.

A great example of such a disturbance would be sparks flying when you either plug in or plug out your dryer.

Dryer-caused electrical disturbances may result in the circuit breaker tripping or a blown fuse. In either situation, you should refrain from continuing to use the dryer, as it may quickly escalate into a fire emergency.

Unpleasant odor of clothes that have just been dried

Clothes that have been freshly dried in a dryer tend to have an odor, and that’s natural.

But if you smell too much of it, it may signal excessive lint build-up, which is the number one cause of dryer fires.

And by simply keeping an eye out for some of the warning signs, you can save yourself, your family, and their respective residences from serious fire damage.

Here are a few tips to keep dryer fires at bay: 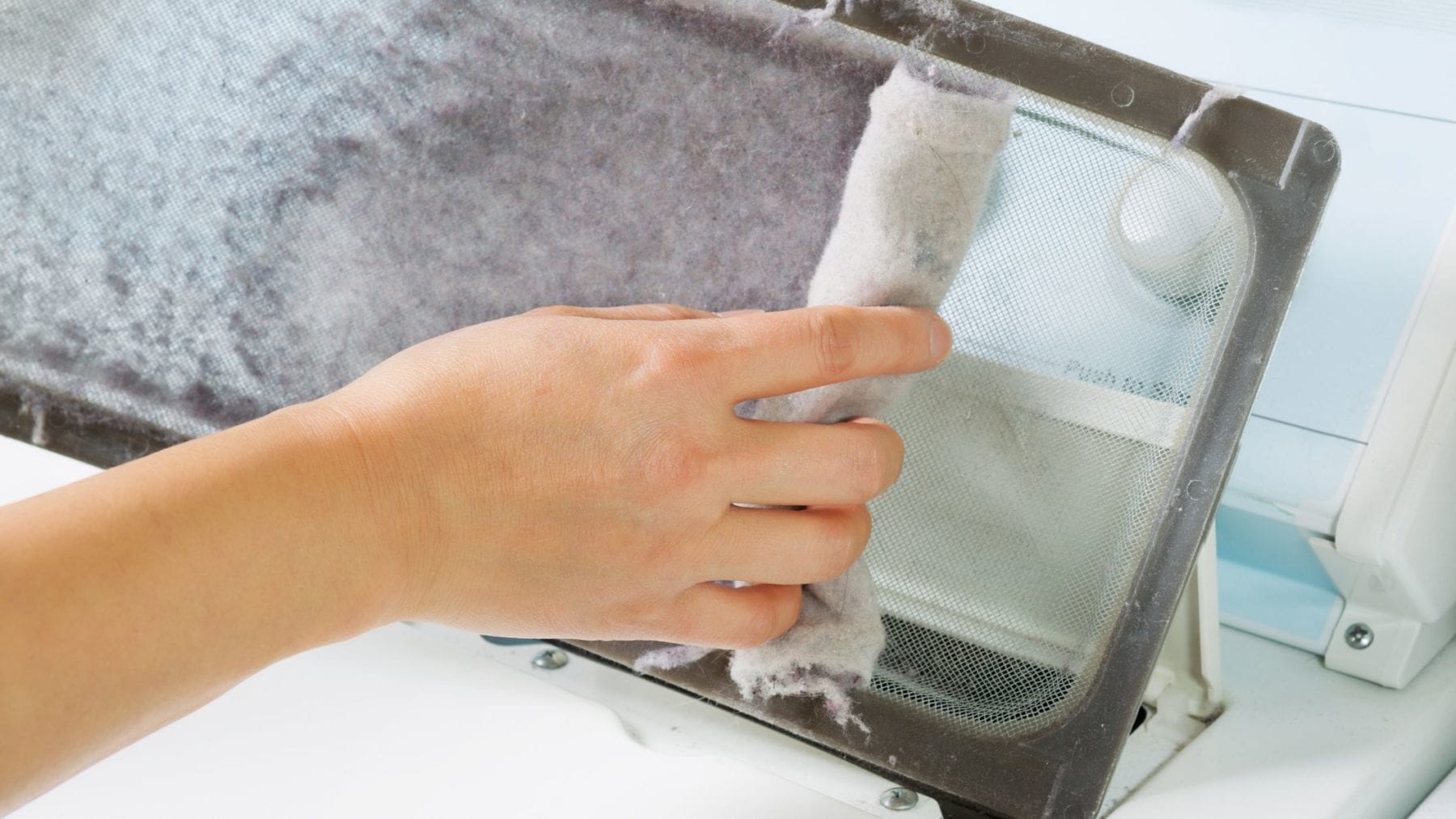 Before you dry a load of clothes and after you are done drying one, remember to clean the lint filter thoroughly.

Also, sometimes, certain amounts of lint fail to be trapped by the lint filter and accumulate in the dryer’s interior. So you should also wipe the interiors of your dryer thoroughly now and again.

A lot of clothes dryer users tend to make the grave mistake of overloading their dryers by placing heavy loads of clothing within them.

So, remember to keep every load within prescribed limits.

While cleaning the lint filter and interior of your dryer is something you should do regularly without fail, you should also spare some time for cleaning the air exhaust vent pipe.

Lint build-up inside the vent pipe may result in obstructions, resulting in heated air getting trapped, greatly increasing the chances of a fire.

Any flammable object should be kept far away from a clothes dryer.

Even a small fire may very rapidly become an untameable one if there are tons of flammable objects in the vicinity of your dryer.

If you are a really busy person who can barely spare any time for maintaining your clothes dryer, you should get in touch with professional dryer technicians and schedule at least one servicing session every year.

If you are unconfident about cleaning the dryer and its components, leave it to the experienced professionals, who are aware of the steps that need to be taken for cleaning every component inside the dryer.

If you don’t own a clothes dryer but are planning to get one in the near future, you can go a long way in preventing a serious fire hazard by having it installed by reputed professionals.

Professional dryer installers know the importance of steps such as reducing the bends in the exhaust pipe to reduce the risks of a fire hazard.

If you are hellbent on installing it by yourself, be sure to follow the guidelines prescribed in the user’s manual. 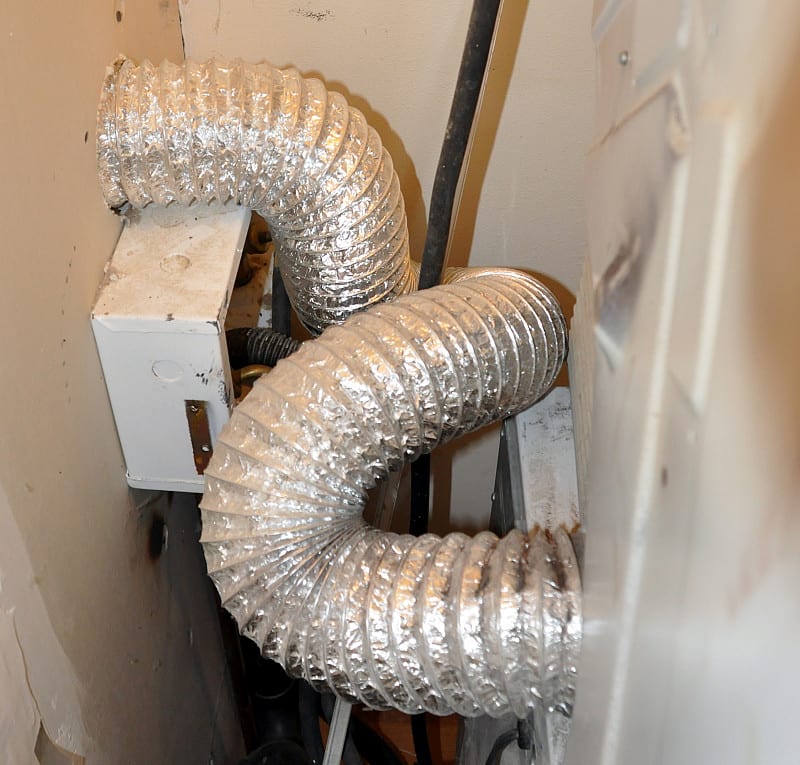 The widespread use of clothes dryers would lead one to think that it is a fairly safe home appliance.

However, owners often fail to take notice of the signs that warn them of an impending fire hazard.

Steer clear of dryer fires by getting your dryer regularly inspected and serviced by a professional company such as Patriot Chimney.

Fill out the form below and someone from our office will give you a call to set up a date and time.
U

Your dedicated technician will arrive at your home on the agreed upon time and get to work!
N

You’ll be so thrilled that your dryer is in safe and efficient working order that you tell all of your friends!