What is the Difference Between a Chimney Crown and Chimney Cap?

Chimney crown? Chimney cap? What does it all mean?

A significant number of homes have chimneys on them, but that doesn’t mean that most people are chimney experts. In fact, most people never really come into contact with their chimneys at all, which can make it difficult to understand when something is going wrong or needs to be replaced. Knowing the different parts of your chimney can help you to understand what is going on when you need a repair or replacement. In this post, we are going to discuss two prominent features of chimneys–the chimney crown and the chimney cap.

An Inside Look at Chimney Features and Their Differences

There are different features on chimneys that all serve different functions. While you might not handle your own chimney maintenance yourself, it can still be beneficial to know the different parts of a chimney. We’ll start with these two basic features.

What is a Chimney Crown?

The crown of your chimney is responsible for sealing and protecting the chimney itself. This feature is generally made of concrete, but in some cases, it can be made using other comparable materials. It is responsible for providing protection near the flue.

What is a Chimney Cap?

What Makes Them Different?

Though these two features might sound similar, they really aren’t. They do serve a joint purpose of protecting the chimney and acting as a form of defense, but they are placed in physically different parts of the chimney.

Which One Do I Need?

Though these features offer defense for your chimney, it does mean that they often take on the damage that comes with protecting your chimney. In some cases, you might find that you need a repair. To get chimney crown repair or chimney cap repair in Roanoke, VA, reach out to one of our experts. Getting help as soon as possible can play a helpful role in protecting your home and ensuring that your chimney continues to work!

We are dedicated to serving your home and family in your chimney and fireplace needs. Call today to start the process to a cleaner, safer home or request an inspection online. 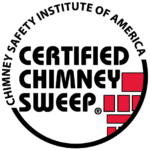